SunEdison, Enphase, SolarCity.. what in the world is going on here?!? 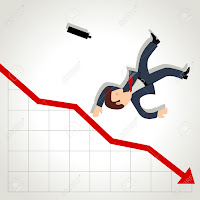 For those who like to keep tabs on the larger / publically traded companies in the solar business, you may have noticed some really strange goings on over the last several months.  Investors in the public markets seem to be giving solar companies a real rough ride, and so today we’ll explore some of the reasons why:
SunEdison:
The short of it, SunEdison is worth 6 times LESS than it was just 4 months ago.  Stock closed at $31.66 on July 20, 2015.  Today it closed at $4.93.  What on earth happened?!?
There were a few small problems at SunEdison that have now turned into big BIG problems.  First, their business is too complicated for most investors to understand, and their growth potential is too small for investors to take the time to understand.  Case in point, you can watch this interview with SunEdison CFO Brian Wuebbels where he answers the question of, “Why is your business so complicated” with a long, complicated answer.
And then there’s the problem that SunEdison needed to maintain high valuations in their own stock to keep their financials appearing stable.  They were in effect leveraging the success of their own stock (or stock of their holding companies) to power their future momentum.  This was best described in detail in this Nov 11 article by author Travis Hoium at Fool.com.

Then there is the widely held view that their acquisition of Vivint was WAAAY overpriced, at $2.2 billion, which is now WAAY over the current market value of the entire company, at $1.4 billion.  Talk about a rough few weeks at the office!
Enphase:
Enphase IPO’ed to great fanfare in March of 2012 at a stock price of $7.34/share and market cap north of $300 million.  Today their market cap sits at $84 million.  Even with the announcement that they are moving towards becoming an “energy company”, working to integrate battery storage into their product line, the issue is simply that the solar business is a very tough business for equipment manufacturers.  Their core micro-inverter business has intense competition from the likes of SolarEdge which has an unreal valuation of over $600 million with virtually the same 2014 annual revenue ($325 mil) to Enphase ($343 mil), and everyone and their mother has announced a battery storage product, so don’t expect ENPH to rake in the profits their either.  Partner this with uncertainty over the future of the US solar market post-2016, the small size of the current storage market and you get a company that public investors just are not that hot on.
SolarCity:
Ahh, SolarCity, the largest US solar installer and largest owner of green table cloths at Home Depot.  When you spend $1.50 to attract every $1.00 of new revenue, then you have a problem similar to SolarCity right now.  They are a bit like the Groupon of solar, but at least they know it, announcing recently that they will be slowing the top line growth in order to show better cost control.
Furthermore, the solar lease is simply becoming less popular as costs continue to fall, and the reality of a 20 yr relationship in anything starts to sink in.  The precipitous drop in oil prices (and likelihood to stay there) have no direct relationship to the solar business, but it does have a psychological relationships, reminding people that energy prices are volatile and it is not always true electricity costs go up year over year (as projected in most solar lease sales materials).   In the most recent ASES Solar Today issue, EnergySage reports that 90% of online solar comparative shoppers are opting to purchase their solar system over a 20 yr lease.
So what companies are actually going to do well over the next several years in solar??  Unfortunately, for most investors, the opportunities lie in small, private companies which have interesting growth, acquisition and exit opportunities in front of them.   These are companies chasing far more strategic business than general market business, so they are smaller but often more profitable (or less un-profitable) and with better value appreciation.
Case in point?  Single axis tracker manufacturer Nextracker, which formally started 21 months ago, was sold to Flextronics earlier this year for $300 million, which will certainly be the exit of the year for the industry.