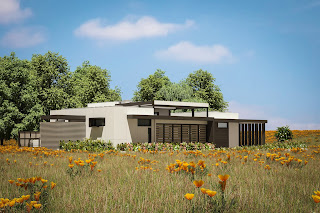 I had the distinct privilege of stopping by 2 weeks ago to see the amazing progress on the Team OC "Casa Del Sol" Solar Decathlon house under construction at Irvine Valley College in preparation for the DOE Solar Decathlon which is only 1 short month away!

There are many impressive details of the OC home team effort, but lets start at the top.  As seen in the picture, Team OC is a consortium of four, that's right, four OC colleges (UCI, Chapman, IVC, Saddleback).  When they were selected as an entrant in the 2015 Decathlon, they were given $50,000 to get them started.  They have since raised over $1 million in donations and services beyond the DOE's $50,000.  That in itself for this entirely volunteer team is an amazing accomplishment. 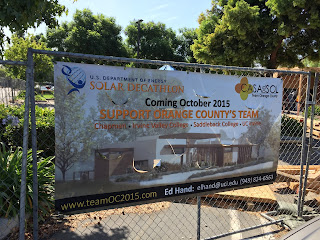 Design of the Casa Del Sol is inspired by the Poppy flower.  Its diurnal and drought resistance characteristics make this California State flower the perfect theme for today's sunlight rich yet water poor California.  Also in the spirit of the Poppy, the team built the house on a reinforced steel foundation which, per CA State permit laws, can be moved and installed anywhere in CA after the competition.  This drastically increases the post-decathlon options for the future of the house.  Check out the pictures of the house as of last week, with walls and floors nearing completion.

For solar panels / electrical power, the team is going with an array of LG MonoX Neon black trimmed panels.  These are a great high performance panels that will be mounted out of sight on the roof for a nice clean look.  As you may see, one of the panels was damaged in shipping.  Always good to order extra, which this team had the foresight to do.  The panels will work to provide electricity to the home as well as charge their electric car, a Nissan Leaf. 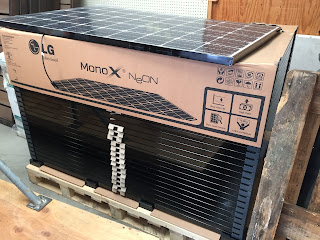 The home's solar thermal system is truly innovative and one-of-a-kind, with the team trying many new novel ideas to win points in the competition.  Beyond using a standard water heater and solar hot water reserve tank (see below), 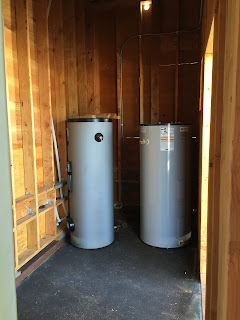 they have implemented a huge water column tank in which they will hold a thermal gradient with custom temperature sensors (see below).  This is a great tool, basically acting as a big thermal storage bank for various systems running through the house.  The tank provides enough water storage area to really try some novel things, and the tank is mounted with a highly granular temperature measurement set up (the white "caps" on the side of the tank) such that the team can monitor the input / output to the storage system. 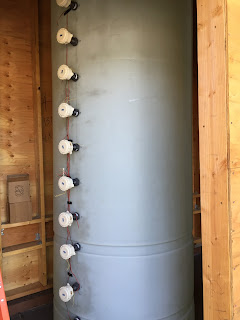 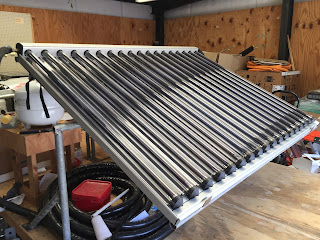 Other neat-o tools of the house include a semi-custom sub wetbulb evaporative chiller, which is a technology starting to gain use in commercial building systems.  Basically, it is a very efficient way to cool air and this is one of the first examples of use of this technique on a small scale. Another "cool" feature of the house, the home will automate the opening and closing of standard Milguard windows as part of the climate control system.  The automation features were not installed yet, but the windows were, as pictured.  This is a great use of a typically human interfaced climate control tool (opening a window) by the home's computer.  Imagine if you're own house knew it was nice enough outside to slide the windows open and turn down your AC.  Brilliant! 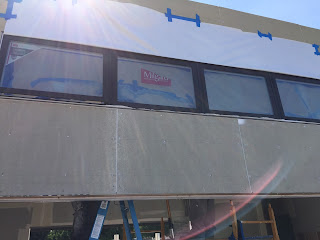 The house will also include, although not finished yet, a "man cave of the future" room.  This is something I very much look forward to seeing.  My guides, engineer / Ph.D Dr. Moritz Limpinsel and team marketing lead Ms. Camryn Jun said it would include a 3D printer as well as a few other killer toys.
A huge thanks to Moritz and Camryn for the sneak peak and I am terribly eager to see the finished product in less than a month.  Reflecting on their time as key team members with the effort, both Mortiz and Camryn said they were deeply affected by the work and struck by the passion everyone had for the project.  As a member of the "home team" geography, I hopefully represent all OC / LA Clean Tech enthusiasts in saying, "THANK YOU" for such a strong entry!  And with that we show a final pic of the team HARD AT WORK on getting this great entry to the finish line. 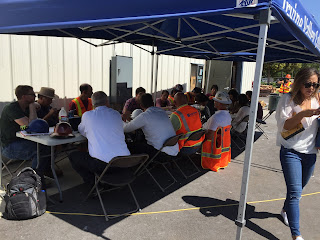 Some additional pictures from my visit are below.  Feel free to browse and click on them for the larger version.  See you at the Decathlon at the Great Park in Irvine starting Oct 8!
Best, Adam Plesniak - Managing Director, OC Renewables 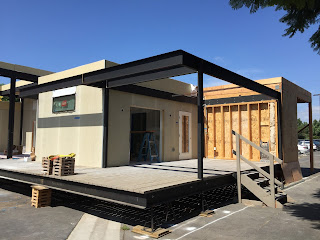 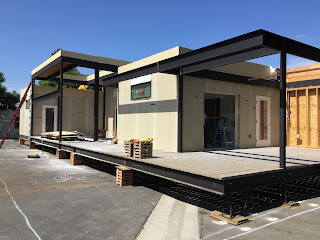 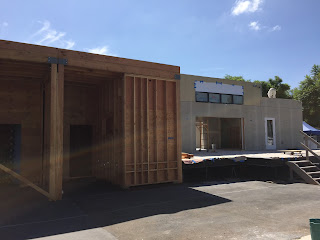 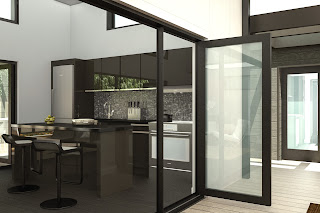 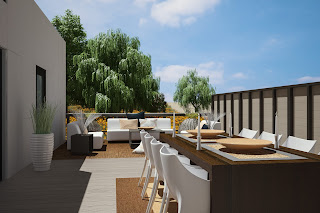 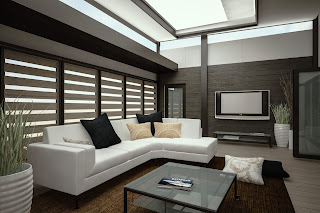